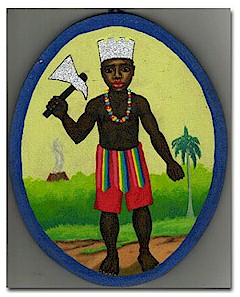 In nature, he is represented by a violent volcanic eruption. When men do not respect the planet, He causes an earthquake. He also represents the deserts, arid lands and rivers that are unleashed. He is the master of fire. It is said that during the process of creating the Earth, he absorbed energy from the bowels of the planet.

It is considered that Aggayú Solá is the son of Oroiña, the energy of the foundation. While some say that Aggayu is the father of Chango others think that he is the younger brother to Chango. In Santeria, he is regarded as a protective father who supports and lends strength to a person’s life. This orisha was also a lover to Oshanlá and Yembó.

He is considered a person’s ocha. This orisha has a bellicose temperament and is known for losing his head in heated moments. He is also the ferryman that helps people cross the river. His cult comes from Arará and Fon.

Number: 9 and its multiples

Colors: Dark Red and White or the 9 colors except Black

Sacred place in nature: The volcano, the edge of the river or the desert

Aggayu Sola wields a unique double axe with an anchor-like handle as his tool. His receptacle is a basin of clay or wood painted with nine colors. His attributes include; the oshe (red and white bipedal ax adorned with yellow and blue colors), 9 combats tools, 2 jars of beef 9 mates, kite, snails one hand and a cane.

His elekes are brown (cocoa), matipó, pearl, turquoise blue (blue), a red and sometimes a yellow or green, others are made by interspersing 8 yellow beads, 9 red and 1 white.

Some say he lives in the center of the earth. Others think that he lives in rivers. He takes refuge in the palm trees, especially when he encounters difficult situations.

Aggayu has a healthy appetite and enjoys rich food. He likes dried white wine, corn porridge with okra, bananas, mangoes. He loves fruits of different kinds. You can also offer him eggplant, canary seed, corojo butter, biscuits, roasted corn, etc.  It is important to note that the offerings are made in groups of 9. For example; 9 eggplants, 9 pancakes, etc….

Goat, cock, guinea fowl, jicotea and pigeons. All offerings for Aggayu must be marked through diloggún divination to obtain better results. 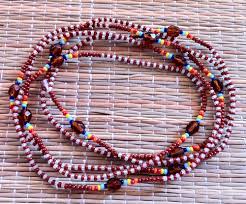 A two-headed axe and a wand.

He is dressed in jacket and trousers of a dark red color. Multicolored scarves are attached to her belt.

His days are Wednesday and the 16th of each month.

His holy day is November 16th.

He is represented by a boatman in the river.

His sons are violent, irascible, angry and physically very strong. Their anger resembles an erupting volcano. They are also sensitive and appreciate tenderness. These are easy prey for women with fragile appearance because they like to protect the weak.

Aggayú takes long steps and raises his feet very high, as if walking on obstacles. At the same time, he wields the air with his oche. He likes to carry children on his shoulders.

Aggayu Solá is unique in nature and has no roads although some sources said he has. He teaches us the importance of being strong, steady and level-headed in life, and he supports us through trials and tribulations.

Babalu Aye: The Orisha of Diseases 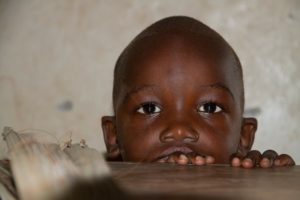 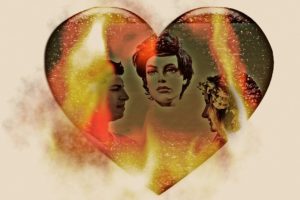 How to Resolve a Love Triangle 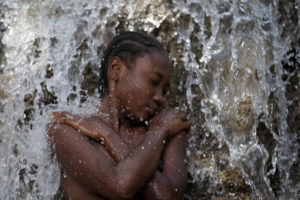 A Spell for Physical body change

Not a member yet? Register now

Are you a member? Login now