Every religion has different tools used to carry out the different practices. In black magic, there are many items used in ceremonies and rituals and most of these items might seem weird to the unbeliever.

For example, the menstrual blood might seem appalling to a non-pagan while a witch considers it an important ingredient for her rituals.  In this blog, we shall be looking at different items used in voodoo rituals.

A human hair has many magical uses. It can be used to manipulate and cause harm to an individual. Ceremonial hair cutting is observed during mourning for the dead. In other cultures, hairs are sacrificed to the gods. In some rituals, hair strands are needed to enhance the effectiveness of the spell.

This sacred animal is used to represent love, peace and unity. The blood of the dove is often used to write down spells. It is very useful in love rituals. 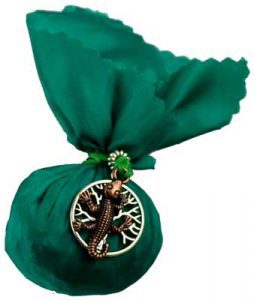 This is a voodoo amulet which is believed to ward off evil and bring good luck to the wearer. They are known to be predecessors of the voodoo doll.  It consists of a small bag cloth with inscribed writings on it.  The gris gris bag content varies from bones, hairs, teeth, dust, herbs, blood, etc.

These are dolls used to represent a particular individual so the witch can control the individual. Voodoo dolls can be made with different materials ranging from wood, wool, grasses, etc. 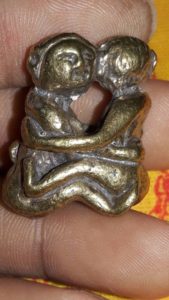 In the ancient time, voodoo masters used real baby corpse for rituals. However in recent times a baby ghost doll called the golden baby is used by some Thai Voodoo masters while others perform the real baby ghost ritual.

The embellished baby ghost is used for protection as it scares off evil spirits from entering the vicinity.

Although, it might seem unusual but human waste products such as urine, feces, semen, virginal discharge and menstrual blood have great magical powers. The main use of urine in magic is to place a hex against somebody.

According to history, an enemy who gets your urine can cast a spell on you so you would fall sick and develop urinary tract diseases.  Also, urine can be used in love spells and to cure impotence.