The moon god and ruler of the night.

His ceremonial colour is red. 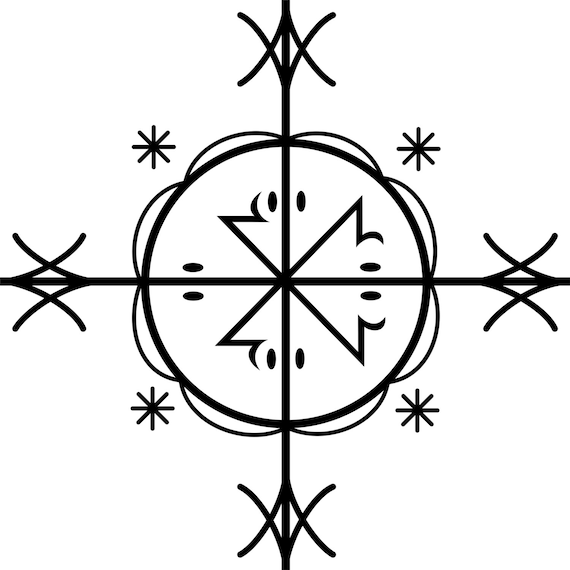 As his name indicates, he also controls the crossroads and has the power to grant or deny access to all other Loa, or spirits, and he allows the “crossing” of bad luck, deliberate destruction, misfortune, and injustices.

When Kalfu mounts a person, everyone at the service stops speaking because he allows evil Loa to come to the ceremony. “He claims that most of the important Loa know him, and he collaborates with them. When being ridden by Kalfu, Cheval are often stricken with black, weeping eyes, swollen muscles, and a need to show off how tall and strong they are. Kalfu likes to use tree leaves in his magic and is often seen helping people cope with personal problems, also acting as a master of the ‘human condition.’ Kalfu says that some people claim he is a demon, an allegation that he denies. Kalfu is a feared and respected Loa reputed to be the grand master of charms and sorcerers. He is closely associated with black magic.

Although other Loas recognize and know him, he is often a “Lone Wolf.” During a possession of Met Kalfu, the possessed only feels his presence and rarely, if at all, feel any spirits of the dead, shades, or any other Loa.